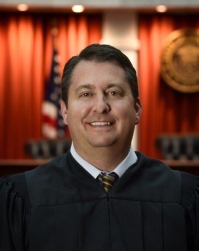 The Commission reviewed the results of surveys submitted by attorneys, including written verbatim comments, interviews of the Chief Judge of the Denver District Court, the Denver District Attorney, and the head of the public defender’s office in Denver County.  The Commission also interviewed Judge Baumann, reviewed his written self-evaluation and opinions he authored.  Some members of the Commission also observed Judge Baumann in court and listened to recordings of proceedings in his courtroom.

In the survey results from attorneys, compared to other district judges standing for retention, Judge Baumann scored slightly higher than average in the categories of application and knowledge of law and demeanor, slightly below average on diligence, and average in the category of communications.  Of 25 attorneys who answered surveys, 87% indicated Judge Baumann meets performance standards, 4% indicated he did not meet performance standards, and 9% had no opinion.  There were no surveys returned for Judge Baumann from non-attorneys.

The Governor appointed Judge Baumann to the District Court in November 2017.  Before taking the bench, Judge Baumann was a Deputy State Public Defender where he specialized in death penalty litigation, he also previously served as an Assistant Attorney General and before that he was in private practice in Denver.  Judge Baumann earned his bachelor’s degree from the University of Colorado and his law degree from Tulane.  Judge Baumann volunteers for Project Angel Heart, delivering meals to homebound patients who struggle from life-threatening illnesses.