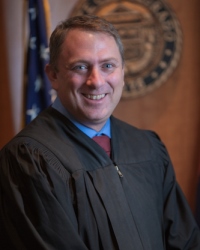 Judge Zenisek presides over a mixed docket of criminal, civil, and domestic relations cases.  Judge Zenisek is viewed as organized, well prepared for hearings and very good at listening to both sides of a case.  Judge Zenisek endeavors to keep up with current practices, sharing knowledge with other judges, and his participation at legal conferences is acknowledged by the Commission.  Judge Zenisek is viewed by those that practice before him as one of the best judges in the district.  He is perceived as very bright, hardworking, and committed to serving litigants that appear before him.  Courtroom observations by this Commission reveal that Judge Zenisek runs an efficient and organized courtroom, leaving appropriate time and opportunity for comment and decision making.  He was observed to be polite, knowledgeable about the law, and attentive during his interactions with litigants.  He was thoughtful, pleasant, and efficient.

Judge Zenisek was appointed to the First Judicial District court in December 2011.  Currently, he serves on the Executive Development team of the courthouse.  Before his judgeship, Judge Zenisek was an Assistant District Attorney for the 20th Judicial District and worked in private practice with Brownstein Hyatt Farber Shreck, P.C prior to that.  In addition to his courtroom duties, Judge Zenisek believes that community involvement is extremely important.  This is evident by his activities with the following groups:  the Colorado Bar Association, the Colorado Supreme Court Civil Rules Committee, and the 1st Judicial District Board of Trustees.  He also dedicates time preparing law students in a judicial program coordinated by the University of Denver.  Furthermore, he judges high school mock trial competitions.  Most recently, he coached his daughter’s basketball team during the 2019-2020 season.  Judge Zenisek received his undergraduate degree from the University of Colorado and his J.D. from the University of Denver.