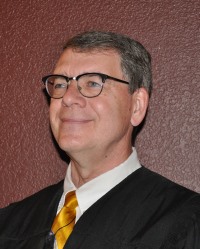 Judge Werner has served the community as a District Court Judge since 2006.  The 2020 Judicial Performance Survey Report shows some major areas of concern.  The Commission acknowledges that since the last evaluation Judge Werner has had an atypical and difficult caseload, including a death penalty case and additional judicial case work assignments, and has experienced the death of several close family members.  Numerous survey respondents noted that Judge Werner maintains an efficient docket and courtroom.  The Commission’s concerns stem from survey responses that indicate Judge Werner’s scores are well below the average for all District Court Judges.  Judge Werner’s areas of weakness include Demeanor with a score of 2.9 (below the average of 3.5), Diligence with a score of 2.9 (below the average of 3.4), Application and Knowledge of the Law (being fair and impartial to both sides of the case) with a score of 2.9 (below the average of 3.3), and Basing Decisions on Evidence/Arguments and Issuing Consistent Sentences both with scores of 2.6 (below the average of 3.3).  Judge Werner also had lower than average scores in Case Management and Communications.  Overall, it is the Commission’s assessment that while Judge Werner runs his courtroom efficiently, he needs to address these areas of concern to avoid being rated as a marginally effective district court judge.  Comments such as arrogant, demeaning, inability to listen and lack of self-awareness repeatedly came up to describe Judge Werner and his dealings with those that appear in his court.  Those comments were countered by positive comments like efficient and fair.  After further interviews, observations, and feedback the Commission is convinced that Judge Werner will take the necessary steps to address these shortcomings and their 7-3 vote reflects this determination.

The Commission interviewed Judge Werner, observed him in Court, reviewed his self-evaluation, written opinions, judicial performance data, comments from attorneys and non-attorneys, and the judicial performance survey results from 2017 and 2020.  It should be noted that a new methodology for the survey was used this year to which lower response rates may be attributed. This methodology affected all judges across the board and is not an explanation for individual results.  The Commission also spoke with representatives of the District Attorney’s Office and the Public Defender’s Office

Judge Werner received his undergraduate degree from the University of Colorado in 1983 and his Juris Doctorate degree in 1987 from the University of Colorado School of Law.  Prior to his appointment to the District Court, Judge Werner was in private practice at Paul S. Edwards and Associates, primarily in civil litigation with an emphasis on insurance defense.  His current court docket includes 50% criminal and 50% civil cases.