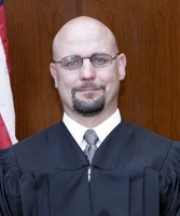 The Commission members had the opportunity to watch via video link proceedings in Judge Warner’s courtroom, and reviewed comments from interested parties. Commission members also reviewed select opinions that Judge Warner authored and found them to be concise, consistent, and clearly written.  The Commission also conducted a personal interview with Judge Warner and found that his overall work was satisfactory and above average in many respects.  Judge Warner’s docket has a majority of criminal matters, but he also oversees a significant number of civil cases.

The Commission found Judge Warner was effective in his case-management skills, that he demonstrated a knowledge of the law, and that he applied that knowledge effectively.  The Commission found he is prepared for court proceedings and understood the issues of cases before him.  The Commission has concerns that his demeanor negatively impacts his effectiveness as a judge.  Judge Warner acknowledges this criticism and is working to improve his demeanor and communication in the courtroom.  Attorneys responding to the survey question ‘do you think Judge Warner meets judicial performance standards?’ 75% responded yes, 19% responded no, and the remainder expressed no opinion.

Judge Warner was appointed as a District Court Judge in 2005 by Governor Bill Owens.  Prior to his appointment, he was a Chief Deputy District Attorney in the Seventeenth Judicial District.  He graduated from the University of Denver College of Law and was licensed to practice in October 1990.  He graduated from the Iowa State University in Ames, Iowa with a Bachelor of Arts degree in Political Science in 1981.