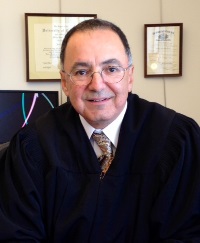 The Commission reviewed the results of surveys submitted by attorneys and non-attorneys, including written verbatim comments, interviews of the Chief Judge of the Denver District Court, the Denver City Attorney, and the head of the Denver municipal public defender’s office.  The Commission also interviewed Judge Vallejos, and reviewed his written self-evaluation and opinions he authored.  Some members of the Commission also observed Judge Vallejos in court and listened to recordings of proceedings before him.

In the survey results, compared to other district court judges standing for retention, Judge Vallejos scored slightly below average in application and knowledge of the law, average in case management, communications, demeanor and diligence and significantly above average in fairness.  Of 33 attorneys who responded to surveys, 84% of attorney survey respondents said Judge Vallejos meets performance standards, 10% of attorney indicated he does not meet performance standards, and 6% had no opinion.