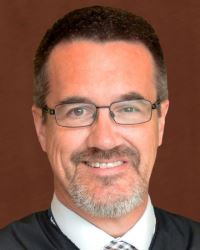 Judge Tow has been on the Colorado Court of Appeals for just over two years and this is his first retention evaluation as a court of appeals judge.  Judge Tow issues opinions in a timely manner.  The Commission finds his opinions to be concise, well organized, logical, and understandable to the general public.  Judge Tow skillfully applies case law in his decisions.  The Commission does urge him to remain mindful of the mechanical aspects of writing and to engage in a robust editing process.  At oral argument, Judge Tow displays an appropriate demeanor, uses self-deprecating humor, and asks insightful and succinct questions.  The Commission believes that Judge Tow is a valuable addition to the Colorado Court of Appeals.

To conduct our evaluation, the Commission interviewed Judge Tow, reviewed his self-evaluation, observed oral arguments, read a selection of his legal opinions, and considered survey responses from attorneys and judges.  One survey question asked whether Judge Tow met judicial performance standards.  Of the attorneys who responded to that question, 66% answered yes, 31% answered no, and 3% had no opinion.  Of the judges who responded to that question, 96% answered yes and 4% expressed no opinion.  A total of 31 attorneys and 63 judges responded to the survey.

Judge Tow was appointed by Governor John Hickenlooper to the Colorado Court of Appeals on February 13, 2018.  He graduated in 1989 from the University of Kansas, where he studied English literature and comparative constitutional history.  He earned his law degree from Wayne State University Law School in 1994.  Judge Tow began his legal career in private practice, working primarily in the area of labor and employment.  Then, following several years as a deputy district attorney, he served as Executive Director of the Colorado District Attorneys’ Council.  Before his appointment to the appellate court, he served for seven years as a Colorado district judge in the 17th Judicial District.  His professional and community service includes acting in a leadership role in the Colorado Bar Association and volunteering at schools.