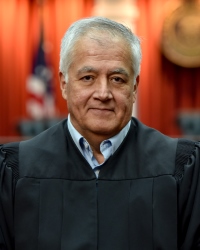 The commission conducted a personal interview with Judge Silva, reviewed his judicial opinions and self-evaluation, performed courtroom observations, interviewed local agencies and considered the results of the 2020 Judicial Performance Survey Report and Case Management Reports.  On the Judicial Performance Survey, surveyed attorneys had a sufficient response rate from those who had experience with Judge Silva.  There was not a sufficient response rate from non-attorneys surveyed, there being only one such response.  Of the attorneys responding to the survey, 100% indicated that Judge Silva meets performance standards.  The one responding non-attorney also believed that Judge Silva meets performance standards.

Judge Silva presided over mostly civil cases with some county court criminal cases during 2019.  Survey respondents rated him higher than comparable Judges overall in case management, application of knowledge of law, communications, diligence, demeanor and fairness.  Survey Respondents also rated Judge Silva higher than comparable Judges overall in issuing decisions, maintaining appropriate control over proceedings, promptly ruling on pre-trial motions and setting reasonable schedules for cases.  Commission members found courtroom observations validated these survey findings for the most part. Judge Silva strives to be as fair as possible to everyone.  His docket consists mainly of unrepresented litigants.  He feels it can be difficult at times guiding them through the process without appearing to be an advocate to them.  To ensure he issues a sound decision, he thoroughly reviews the case pleadings, the pertinent statutes, and case law prior to court sessions and then meticulously reviews the facts of the case prior to issuing decisions.  Judge Silva cooperates with other judges very well and is willing to help them out and asks for help or assistance when he needs.  He gives credit to his staff for helping him be efficient managing his cases and docket.

Judge Silva was appointed to the bench by Governor John Hickenlooper on September 14, 2018 and took the bench on October 15, 2018.  From 1999 until appointment, Silva served as the managing attorney of the Pueblo office of Colorado Legal Services.  Before that, he worked as an attorney with Pikes Peak Arkansas River Legal Aid, as Deputy District Attorney with the 16th Judicial District and as a staff attorney with Pueblo County Legal Services.  Silva earned his undergraduate degree from the University of Texas at El Paso in 1977 and his law degree from Cornell University in 1992.