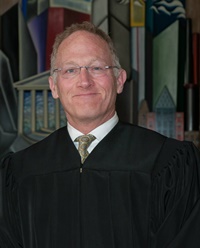 Mayor Hancock appointed Judge Schwartz to the Denver County Court in 2017.  Before his appointment, he was a senior attorney in the litigation section of the Denver City Attorney’s office.  His professional experience also includes serving four years as an attorney in the Office of the Federal Public Defender for the District of Colorado and as an attorney in private practice.  He earned a Bachelor of Arts at the University of Colorado and his Juris Doctor at the University of Denver.  Judge Schwartz serves on the Colorado supreme court’s Board of Law Examiners and he volunteers at the University of Denver Sturm College of Law and with the East High School We the People constitutional law team and speech and debate program.