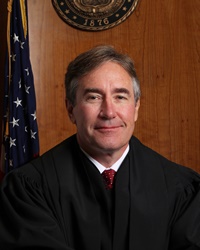 During the performance evaluation period, Judge Sargent largely presided over misdemeanor and traffic cases, accounting for 80 percent of his caseload, with criminal and civil cases accounting for the remainder.  Judge Sargent’s performance scores are consistent with his peers, earning a B overall on judicial performance surveys.  Most survey comments describe Judge Sargent as fair, impartial, patient, smart, and hard-working.  Survey respondents generally felt that Judge Sargent gave equal time to each party, describing him as an active listener.  Survey comments reveal that he is respectful and compassionate toward all parties in his courtroom.  While Judge Sargent is one of the top-performing judges in the District, a few survey respondents were critical of his courtroom demeanor.  Some respondents felt that Judge Sargent’s courtroom banter and jokes diminished the dignity and decorum of the judicial process.