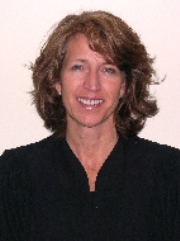 Judge Russell presides over a mixed docket including criminal, civil and domestic relations cases.  Judge Russell is fair and respectful with both attorneys and litigants in her courtroom.  She is a good communicator, polite, and professional.  Judge Russell prepares in advance for hearings and is decisive.  She is a very experienced judge and demonstrates a good command of the law and the rules of evidence.  Her oral and written rulings are well-reasoned and detailed.  Judge Russell manages trials well, and juries appreciate her pleasant demeanor.  She is patient and courteous with her court staff.  At times, Judge Russell may be unduly casual in the courtroom, leading to delays.  While well-intended, Judge Russell sometimes acknowledges victims of crime in open court, contrary to their desire to remain anonymous.  Judge Russell believes that ensuring the fair and equal treatment of all those who appear in her courtroom is one of the most important aspects of her job.

The Commission conducted a personal interview with Judge Russell, reviewed opinions she authored, observed her in court, reviewed the 2014, 2017 and 2019 judicial performance survey responses from attorneys and non-attorneys appearing before her, as well as feedback from the chief judge, the District Attorney and Chief Public Defender.  Judge Russell is recognized as the “go-to” person for the problem-solving court where she presided from January 2014 to October 2019.  Unfortunately, no survey results exist for the problem-solving court.  Therefore, the 2019 survey results, with only 30 attorneys and one non-attorney respondent and an overall grade of 2.9 (out of 4.0), are not reflective of her performance during most of this review period.  The Commission reviewed Judge Russell’s 2014 and 2017 evaluations which covered her tenure on the problem-solving court, and which included a reasonable number of respondents.  On her 2014 and 2017 evaluations, Judge Russell received overall scores of 3.6. and 3.54 (out of 4.0) with 86 percent and 84 percent meets performance standards, respectively.

Judge Russell was appointed to the First Judicial District Court in October 2005.  Before her appointment, she served for eight years as Lakewood’s Chief Deputy Attorney.  She has served the community as the vice-chairperson of the Criminal Justice Coordinating Committee, as a member of the oversight committee for a grant received by the Jefferson Center for Mental Health, and as judge liaison for Sex Offender Intensive Supervision Probation.  She has given presentations on law-related topics to diverse community groups and has been an active supporter of an area women’s shelter.  Judge Russell received a psychology degree from the University of Indiana and, in 1987, a law degree from the University of Colorado.