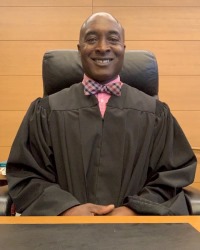 In the survey results, compared to other county judges standing for retention, Judge Rudolph scored higher than average in all areas, including case management, application and knowledge of the law, communications, diligence, demeanor, and fairness.  Only a small number of attorneys returned surveys, and their scores on the same categories were slightly below the average for other judges standing for retention.  Since only 9 attorneys returned surveys, the results from those surveys is not statistically significant. Of the 25 non-attorneys who responded, 100% indicated Judge Rudolph meets performance standards.