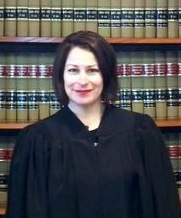 Judge Rodarte received ratings slightly above the statewide average among all County Court judges standing for retention with regard case management, application and knowledge of law, and diligence. For communications she received an average score and her demeanor score was just slightly below average.  Scores from non-attorneys were very high in all categories.  The Commission was impressed with her overall ratings and the positive comments from those who answered the survey, including that she is “very professional and compassionate,” has a “measured sense of justice,” she is “fair,” “honest,” and “knows the law and carefully applies it.”  Judge Rodarte routinely sends thank you notes to jurors and trial participants.  Based on all the aforementioned considerations, the Judicial Performance Commission recommends that Judge Rodarte meets performance standards.

Mayor Hancock appointed Judge Rodarte to the Denver County Court in 2013.  Before her appointment to the bench, Judge Rodarte was in private practice focusing on criminal defense and she previously served for several years as a Deputy Colorado State Public Defender.  Judge Rodarte is a Denver native. She graduated from John F. Kennedy High School, she earned her bachelor’s degree from the University of Colorado-Denver and her Juris Doctor from the University of Colorado.  Judge Rodarte has demonstrated a commitment to community service and is active in the Colorado Women’s Bar, The Colorado Hispanic Bar and the Colorado LGBT Bar Association.