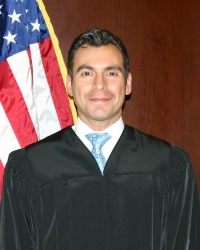 Judge Ramirez had strong survey scores for case management, communication, and diligence.  Survey feedback for Judge Ramírez reflected lower scores for application and knowledge of the law and demeanor when compared to other district court judges.  These are areas of improvement for Judge Ramírez.  Judge Ramírez needs to emphasize working with public defenders, the district attorney’s office, and parties in cases appearing before him to accommodate for extenuating circumstance such as transportation challenges or other scheduling difficulties.  Judge Ramirez also needs to continue collaborating with more seasoned judges with respect to procedure and/or law that may be new or unfamiliar to him, leveraging that guidance and direction to apply the law equally and appropriately in all circumstances.  Finally, Judge Ramirez needs to focus on ensuring that people know that they are heard in his courtroom, including taking time throughout the court proceedings to ensure that this is the case.