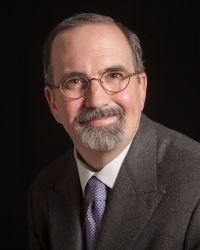 Judge Prince was appointed to District Court in 2006.  His current docket includes civil, domestic relations, and criminal homicide cases.  On the 2020 Judicial Performance Survey 90% of attorneys and 100% of non-attorneys stated that Judge Prince meets performance standards, which is consistent with the 2017 survey results.  Judge Prince consistently scores at or above average in every surveyed performance area when compared to other District Court Judges.  A common thread throughout the survey comments was that Judge Prince is a role model for other judges, both intellectually and constructively.  He is scholarly and continues his education in all forms of the law.  Judge Prince conveys his conclusions to the general public in the form of well thought out, well delivered, and readable decisions. His study of implicit bias has shaped him into a highly compassionate, self-aware, understanding and respectful Judge.  Judge Prince is further described as efficient and fair. He has managed to keep his docket on schedule, even under current COVID-19 courthouse restrictions.

The Commission interviewed Judge Prince, observed him in Court, reviewed his self-evaluation, written opinions, judicial performance data, comments from attorneys and non-attorneys, and the judicial performance survey results from 2017 and 2020.  It should be noted that a new methodology for the survey was used this year to which lower response rates may be attributed. This methodology affected all judges across the board and is not an explanation for individual results.  The Commission also spoke with representatives of the District Attorney’s Office and the Public Defender’s Office.

Judge Prince stands out and excels in his contributions to the betterment of his peers, as well as local, national and international justice communities.  He instructs other judges across the country for the National Judicial College, and locally at the Colorado Judicial Conference.  He served on the Minority Over Representation subcommittee, has developed and presented trainings on implicit bias, and has instructed other judges on case management under COVID-19.  Judge Prince has researched merit selection systems as effectively applied to the judicial system, and he mentors new judges as a member of the judicial coaching program.  In the past, Judge Prince organized the Habit for Humanity program for judicial participants and developed a program in Cambodia to introduce the American judicial system to that country.  Judge Prince edits Court Review, a quarterly publication of the American Judges Association, which highlights legal and social science topics.  He remains active in the Ben S. Wendelken Inn of Court.  Judge Prince also supports continuing education through Teen Court, the College Readiness and Success Program, the annual Educating Children of Color Summit, and Judicially Speaking programs for local middle and high schools.