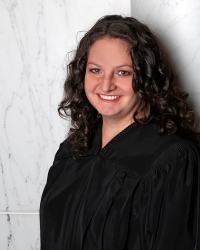 The Second Judicial District Commission on Judicial Performance, on a vote of 10-0, finds that Judge Isabel Pallarés MEETS PERFORMANCE STANDARDS.

After meeting with Judge Pallarés, reviewing her work, and assessing feedback from attorneys and non-attorneys, the Commission unanimously voted that she meets judicial performance standards.  The Commission had previously notified Judge Pallarés about concerns regarding demeanor.  The Commission was impressed with her prompt, proactive efforts to address those concerns.