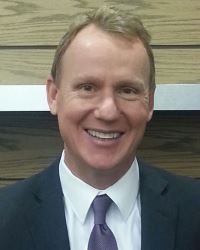 Judge McHenry’s docket includes 50% criminal, 35% civil, and 15% domestic relations cases. Judge McHenry is described as intelligent, caring, hard-working, thorough, patient, realistic, and diligent.  He is knowledgeable about the law and applies it even when doing so results in a tough decision.  Judge McHenry was observed by the Commission and is known to take time to ensure that he understands the issues in a case before making any decisions.  Judge McHenry has a strong background in criminal law, which manifests as his greatest strength on the bench.  Judge McHenry is not as well versed in civil and domestic relations law and would benefit from taking time to bolster his knowledge in these specific areas.  To remain current in the law and boost his legal knowledge Judge McHenry attends continuing legal education seminars and conducts inter-disciplinary research for personal and professional growth.  The Commission encourages him to continue his focus on the areas of civil law and domestic relations law so he may increase his expertise in these areas.

The Commission interviewed Judge McHenry, observed him in Court, and reviewed his self- evaluation, written opinions, judicial performance data, comments from attorneys and non- attorneys, and the judicial performance survey results from 2017 and 2020.  Judge McHenry’s overall combined performance score on the 2020 Judicial Performance Survey was 3.7 out of 4.0, higher than the average score of 3.4 for all District Court Judges.  Ninety-seven percent of attorneys and 75% of non-attorneys stated that Judge McHenry meets judicial performance standards.  In nearly all categories Judge McHenry scored 3.6 or above on a 4.0 scale, with high scores of 3.8 in communications and 3.9 for demeanor.  Judge McHenry’s 2020 performance scores are higher and show improvement over those from his 2017 survey results.  It should be noted that a new methodology for the survey was used this year to which lower response rates may be attributed.  This methodology affected all judges across the board and is not an explanation for individual results.  The Commission also spoke with representatives of the District Attorney’s Office and the Public Defender’s Office.

Judge McHenry was appointed to the District Court on January 1, 2010.  He obtained his undergraduate degree in Mechanical Engineering with a minor in Electrical Engineering in 1983 from the University of Colorado, and his law degree from the University of Colorado School of Law in 1991.  He thereafter served as a Deputy Colorado State Public Defender where he represented indigent citizens accused of crime.  Over the course of his career in criminal law Judge McHenry litigated numerous serious criminal matters including sex assault, murder, and death penalty cases.  Judge McHenry has served on the board of directors for Interfaith Hospitality Network, which is an interdenominational nonprofit devoted to providing shelter to homeless families with children and has also served as a big brother for Big Brothers and Big Sisters of Colorado.