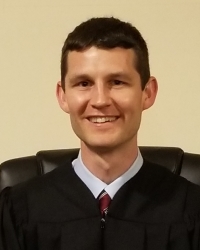 Over the past term Judge Martin presided over criminal, misdemeanor, traffic, civil, and small claims matters.  Based on the Commission’s overall evaluation, Judge Martin has demonstrated he meets or exceeds performance standards in all categories.  Judge Martin is relatively new to the bench.  He received an interim evaluation in 2019.  Based upon that evaluation the Commission found that Judge Martin issued decisions in a timely manner, that he engaged appropriately with all parties, that his decisions were well-reasoned and that he managed his docket effectively under difficult circumstances.  In the 2020 surveys, Judge Martin scored above average in all categories.  Survey comments are overwhelmingly positive, noting his fairness, his knowledge of law, his ability to communicate and his courtroom management.  The Commission agrees.

The Commission observed or monitored Judge Martin in the courtroom, reviewed opinions he authored, reviewed survey results, interviewed the Chief Judge, the District Attorney and the Public Defender, reviewed Judge Martin’s written self-evaluation, and conducted a personal interview.  Twelve attorneys and one non-attorney responded to surveys regarding Judge Martin’s performance.  All of the attorneys and the non-attorney agree that Judge Martin meets performance standards.  The surveys covered the judicial performance criteria of integrity, legal knowledge, communication skills, judicial temperament, administrative performance and service to the legal profession and the public.  The criteria are graded on a scale of 0 to 4.  Judge Martin’s overall rating was 3.8.  The average score for a county court judge in Colorado was 3.4.

Judge Martin was appointed to the Ouray County Court in October of 2017.  Prior to his appointment Judge Martin had served a deputy public defender