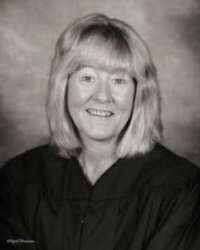 Judge Lynch receives consistent high praise for her promptness and decisiveness in ruling; her efficient, no-nonsense approach to courtroom management; and her personable demeanor.  Each of these strengths has a counterpart.  Some observers perceive prompt, decisive rulings as “shooting from the hip”; efficient, no-nonsense courtroom management as pre-judging cases; or personable interactions within the courtroom as too informal at times.  The commission, after careful consideration of Judge Lynch, has concluded that the praise is warranted.  With respect to the perceptions that sometimes construe those strengths as counterpart weakness, whenever in her career Judge Lynch has become aware of such misperceptions, she has taken responsible and appropriate corrective action.  Judge Lynch evinces the highest level of integrity, has excellent legal knowledge and communication skills, and is a significant asset to the 9th Judicial District.

In evaluating Judge Lynch’s performance, each commissioner observed her in court and conducted interviews with the public defender, the district attorney, the chief judge for the 9th Judicial District, and Judge Lynch.  The commission also reviewed surveys from 2020 filled out by attorneys, non-attorneys (such as jurors and litigants), and court personnel; a self-evaluation completed by the judge; and performance statistics relating to her docket management.  In addition, to track Judge Lynch’s performance and improvement over time, the commission reviewed surveys from 2011, 2014, and 2017. Judge Lynch throughout her career has received above-average marks as compared with all Colorado district court judges in the areas of case-management, application and knowledge of law, communication, diligence, demeanor, and fairness.