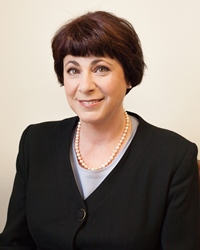 After meeting with Judge Leith, reviewing her work over the last 6 years, observing her in court, and assessing feedback from attorneys and non- attorneys, the Commission concludes that Judge Leith excels in all of the categories of performance standards the Commission reviews.  Judge Leith had notably high performance in case management, application and knowledge of the law, communications, diligence, and demeanor.  During the COVID-19 Pandemic, Judge Leith utilized technology to ensure her courtroom could continue operations.  For instance, Judge Leith has collaborated with Denver Health Hospital and the Denver City Attorney’s office to establish an online remote court to serve the hospital’s mental health unit.  Judge Leith also worked with the Denver Health Hospital and the City Jail and Detention facility to establish a remote court in Denver’s Criminal Court.

Governor Hickenlooper appointed Judge Leith to the Denver Probate Court in July 2011.  Before her appointment, Judge Leith served as a domestic court magistrate judge in Denver District Court; as an Assistant Denver City Attorney in the Human Services Section; as a Deputy District Attorney; and as a private practice attorney. Judge Leith earned her undergraduate degree from Metropolitan State College in 1982 and her law degree from the University of Denver in 1988.  In addition to her successful efforts to improve the operations of the Probate court, Judge Leith serves on the Chief Judges Council, on the Colorado Supreme Court’s Probate Rules, Civil Jury Instructions, and Judicial Education Committees, and as Chair of the Probate Advisory Workgroup in the State Court Administrator’s Office.  She also engages in community service through her church.  During the current term, Judge Leith has presided over the probate court.