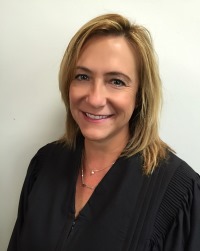 Judge Killin has been serving as the Phillips County Court Judge since May of 2014, with a docket consisting primarily of traffic, misdemeanor, civil, and small claims matters.  This term, Judge Killin has continued to perform exceptionally well in all areas the Commission is tasked with evaluating.  With respect to administrative performance and case management, she is diligent and efficient in managing her docket.  As a part-time judge and practicing attorney, this is a balancing act that Judge Killin appears to manage well.  She demonstrates willingness to invest the time and do the necessary “homework” that this position entails while still maintaining her legal practice.  With respect to legal knowledge, her experience as an attorney and her six years of judicial experience provide a strong foundation, but as expected, she also participates in ongoing continuing education and training, and regularly monitors changes in the law.  She has demonstrated a commitment to serving the legal profession and the public. Specifically, she devotes considerable time authoring the Thirteenth Judicial District Bench Book, which is a resource for judges.  She also has been working to promote jury service locally, as Phillips County has experienced a higher number of jury trials than usual.  Judge Killin’s judicial temperament and integrity continue to be exemplary.  She consistently conducts herself in a professional and dignified manner and avoids the appearance of impropriety.  She has a reputation of being fair and impartial.  She communicates effectively both verbally and in writing.  In short, Judge Killin is a well-rounded judicial officer for whom the Commission struggles to identify areas of weakness.  The Commission strongly believes that Judge Killin meets performance standards and that she continues to be an asset to the Thirteenth Judicial District.

The Commission conducted a personal interview with Judge Killin.  It also reviewed recordings of court proceedings; written materials, including a self-evaluation and orders issued; and survey responses from attorneys and non-attorneys who had interaction with Judge Killin in court.  While there were a limited number of survey responses (4), they did reflect notably strong performance in case management, application of the law, communication, fairness, demeanor and performance.  While survey responses did not raise any notable concerns for the Commission, Judge Killin reflected upon some of them during her interview with the Commission. In doing so, she demonstrated her ability to accept feedback and willingness to adapt if warranted.

In addition to serving as Phillips County Court Judge, Judge Killin is a practicing attorney and farmer.  She is active in the community.  She serves on the boards of two local scholarships and assists with career fairs and programs such as Every 5 Minutes.