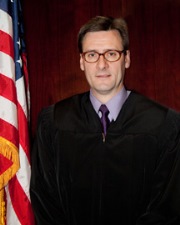 The Commission is impressed with Judge Kiesnowski’s down-to-earth and honest approach to managing cases.  He invests in the cases before him a sense of dignity, fairness, and impartiality and strives to ensure that cases are handled respectfully. Parties are treated with compassion and a calm demeanor.  It is also noteworthy that Judge Kiesnowski ensures his written decisions are understandable and fair.  He reviews court opinions, methods of practice, and rules of civil procedure to ensure he is up to date.  His written opinions are well formed, clearly stating summaries of the parties’ positions, and the reasoning behind his decisions.  Judge Kiesnowski is keenly focused on managing court case loads, not only for his docket, but across the entire judicial district.  The commission was impressed with Judge Kiesnowski’s willingness to provide direction and suggestions to his peers in the 17th Judicial District.  His determination to manage the challenges presented by the COVID-19 pandemic are focused on ensuring that the 17th Judicial District fulfills the right to a speedy trial for criminal defendants.

Judge Kiesnowski was appointed as a District Court Judge in 2011 by Governor Bill Ritter and retained by voters in 2014.   He graduated from Regis College in 1987 and received his JD from the University of Puget Sound School of Law in 1990.  Prior to his appointment as a District Court Judge, he was the in-house counsel for the Denver Police Protective Association.