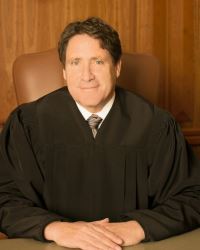 The Commission conducted a personal interview with Judge Jouard, reviewed opinions he authored, observed him in court, and reviewed judicial performance survey responses from attorneys and non-attorneys who appeared in Judge Jouard’s courtroom.  A total of fifty-four individuals, forty-four attorneys and ten non-attorneys, believed they had sufficient knowledge to express their opinion of Judge Jouard.  When asked whether Judge Jouard meets performance standards: Of the attorneys responding to the survey, 98% answered yes and 3% had no opinion.  (The totals do not add up to 100% due to rounding).  Of the non-attorneys responding to the survey, 90% answered yes and 10% answered no.  The small number of non-attorney responses makes this percentage difficult to consider as a reliable measure.  It should be noted that for the retention cycle in 2020, different methods for non-attorney survey distribution and collection were utilized statewide on a trial basis.  This transition may account for the low response rate from non-attorneys.  Judge Jouard received ratings above the statewide average among all district court judges standing for retention in the following areas surveyed: Case Management, Application and Knowledge of Law, Communications, Diligence, and Demeanor.  Three appellate judges responded to surveys and rated his performance as a judge.  Based on the survey results of the appellate judges, Judge Jouard rated above the statewide average for District Court Judges standing for retention.

Judge Jouard was appointed to the 8th Judicial District bench in 2016.  He earned a Bachelor of Arts degree in Political Science from Colorado State University where he graduated Phi Beta Kappa.  He earned his Juris Doctor degree from the University of Wyoming.  As an attorney, Judge Jouard enjoyed an active civil practice in both the state and federal courts in Colorado through the time that he was appointed to the bench. Judge Jouard is married and has three children.