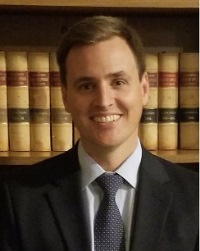 The Seventh Judicial District Commission on Judicial Performance unanimously (8-0) agree, with one Commissioner absent and one member recused from the evaluation, that Judge D. Cory Jackson MEETS PERFORMANCE STANDARDS.

Over the past term, Judge Jackson presided over domestic relations, juvenile, civil, criminal and probate matters.  Based on the Commission’s overall evaluation, Judge Jackson has demonstrated that he meets or exceeds performance standards in all categories.  Judge Jackson is relatively new to the District Court.  He received an interim evaluation in 2019 which was overwhelmingly positive.  Judge Jackson was universally perceived to be thoughtful, fair, respectful to all litigants, skilled at dealing with difficult participants, legally adept and possessing an outstanding courtroom demeanor.  Based upon our current evaluation, Judge Jackson still demonstrates all of those qualities.  When Judge Jackson took the bench, he was assigned a difficult docket which included numerous dependency/neglect cases.  Those cases are extremely emotional and consume a disproportionate amount of court time.  Dependency/neglect cases can result in lengthy and complex hearings relating to termination of parental rights.  Orders arising from those hearings can exceed 50 pages.  The demands of those cases have created the sole concern about Judge Jackson’s performance, specifically, the timely issuance of orders.  This Commission finds that any such concern is attributable to an excessive workload.  Judge Jackson has engaged with interested parties to modify and improve the flow of those cases.

Judge Jackson was appointed to the District Court in August of 2017.  Previously, he had served as Ouray County judge.  Judge Jackson has a strong belief in community service and is active in various civic groups and boards.  Until recently, he was a member of the Ouray Mountain Rescue Team.