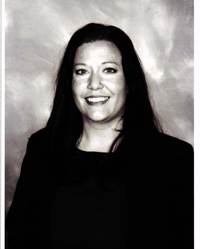 Judge Hopkins was appointed to the District Court Bench on July 10, 2018.  She graduated from the University of Puget Sound in Tacoma, Washington in 2001 with a Bachelor of Arts degree in International Political Economy and minor in Latin American Studies.  She earned her J.D. in 2006 from Seattle University.  Judge Hopkins moved to the San Luis Valley in 2007 to work for the Office of the State Public Defender, where she was the managing deputy public defender from December 2011 until the Summer of 2018.  Judge Hopkins is actively involved in community service in her judicial role.  She is a member of the Colorado Supreme Court’s Task Force on Lawyer Well-Being, the Colorado Legal and Judicial Education Board, and the Colorado Bar Association’s Executive Council.  Judge Hopkins has taken on additional projects outside of the courts including a truancy project with the Center of Restorative Programs; working with the Greater Colorado Task Force through the Colorado Bar Association to recruit young lawyers to rural Colorado; and studying Colorado water law.