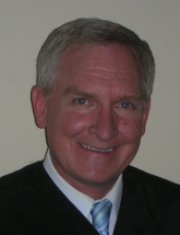 Judge Granger presides primarily in Eagle County.  His District Court caseload is 65% civil cases, 27% criminal cases, and 8% juvenile cases.  His legal rulings are clear, analytical, and well-reasoned.  Judge Granger reports that he does a lot of reading of cases and journals to stay current in his legal knowledge.  Judge Granger excels in the management of his docket.  He is very proficient at managing complex trials, yet his philosophy is to encourage attorneys and their clients to resolve their issues without a trial if possible.  Judge Granger noted that he took over a large part of a civil docket of a judge who retired in late 2018 and worked diligently to bring a backlog of motions up to date in those cases.

The Commission reviewed written evaluations of Judge Granger from attorneys and non-attorneys, his self-evaluation, legal rulings, observed Judge Granger in the courtroom, and received input from the District Attorney and the Public Defender.  In the 2020 Judicial Performance Survey Report, 41 individuals completed the surveys, 39 of them attorneys.  Eighty-six percent of the attorneys found that Judge Granger meets performance standards, higher than the 83% rating for all district judges.  Judge Granger scores slightly higher than the average for all district judges on case management.  Survey respondents commented on Judge Granger’s thorough preparation for hearings, and his knowledge of the law.  The Commission noted that Judge Granger scored lower than the average for all other district judges in fairness, however there were multiple survey respondents who praised him for his fairness. Judge Granger noted that fairness is important to him in his work on the bench.  He stated that he recognizes that people in court need to be heard and understood, and he works to provide that for each person who appears before him.

Judge Granger received his law degree from the Southwestern University School of Law, Los Angeles. He engaged in private practice in Georgetown and served as the Georgetown Town Attorney prior to his appointment in 1998 to the Clear Creek County Court bench.  Judge Granger was appointed to the District Court bench in 2006.  Since his first appointment to the bench in 1998 he has presided over cases in Clear Creek, Lake, Summit and Eagle counties.  Currently, he is assigned to cases in Eagle County where his docket is a mix of general civil and criminal felony cases.  Judge Granger is a director at 10th Mountain Equine, a not for profit corporation providing equine assisted therapy.  Judge Granger loves horses and has participated in equine competitions including endurance riding and competitive trail riding. In the winter, Judge Granger is an avid skier.