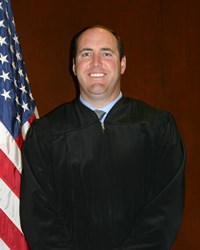 Based on all of this information, the Commission is impressed by several aspects of Judge Flaum’s performance, including: his ability to empathize with the parties who appear before him; his ability to provide feedback and guidance to attorneys in the courtroom while not overstepping his role and responsibilities; his understanding of the legal parameters within which he must find a fair resolution to the cases in his courtroom; and his commitment to achieving fair outcomes that, to the extent possible, provide parties with meaningful opportunities to learn from and move beyond their prior mistakes.  The Commission is also impressed by Judge Flaum’s willingness to continue his professional development, as well as his commitment to the 17th Judicial District community.  The commission believes that Judge Flaum is genuinely committed to, and is effectively ensuring, the fair, transparent and speedy application of justice in his courtroom.  Judge Flaum has the appropriate demeanor, work ethic and commitment to fairness and the letter of the law to have a long and successful career as a judge in the 17th Judicial District.  The commission is pleased to report that Judge Flaum is meeting all the commission’s performance standards.

Judge Flaum was appointed to the Adams County Court in 2016 by Governor John Hickenlooper.  Prior to his appointment, Judge Flaum was a Deputy District Attorney in the 17th Judicial District.  Judge Flaum earned his undergraduate degree from the University of Nebraska in 2003 and his juris doctorate from Creighton University in 2009.