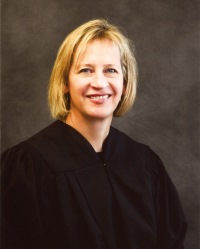 Judge Findorff appears to be committed both to the highest standards in judicial practice and to meaningful self-reflection.  She had above average scores on the 2020 Judicial Performance Survey in almost every category.  The Commission also reviewed Judge Findorff’s survey results for 2019.  In both 2019 and 2020 the attorneys and non-attorneys surveyed consistently scored Judge Findorff above average. The Commission finds Judge Findorff to be a highly competent judge who provides clear written opinions and manages her docket well.  She serves as a solid mentor and leader in her role as Presiding County Court Judge. She enjoys mentoring new attorneys.  Judge Findorff is very self-aware and actively uses the feedback she receives to improve her skills and performance.  The Commission encourages Judge Findorff to continue exploring ways to achieve balance between efficient docket management and communication with litigants.

The Commission personally interviewed Judge Findorff, observed her in court, and reviewed judicial performance data, several of her written opinions, written comments from attorneys and non-attorneys, her self-evaluation, and the judicial performance survey results from 2019 and 2020.  It should be noted that a new methodology for the survey was used this year to which lower response rates may be attributed.  This methodology affected all judges across the board and is not an explanation for individual results. The Commission also spoke with representatives of the District Attorney’s Office and the Public Defender’s Office, both of whom reported high praise and positive feedback.

Judge Findorff was appointed to the County Court on December 18, 2012.  Judge Findorff received her law degree from the University of San Diego in 1988, after which she practiced first party and third party personal injury defense, and then practiced plaintiff personal injury law with trial lawyer Gerry Spence in Jackson Hole, Wyoming.  After moving to Colorado, Judge Findorff served as a Magistrate for the 18th Judicial District, where she worked in the areas of domestic relations, truancy, and the mental health court.  Judge Findorff volunteers regularly with Teen Court, Judicially Speaking, and for both college and high school mock trial competitions.  She also serves on several law-related non-profit boards.