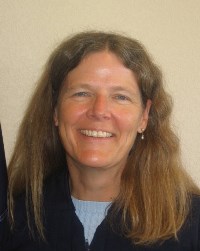 Over the past term, Judge Deganhart presided over a mixed docket consisting of 60% civil, 3% mental health, 12% probate and 25% criminal matters.  She presides over Adult Treatment Court, a problem-solving court.  Based on the Commission’s overall evaluation, Judge Deganhart has demonstrated that she meets or exceeds performance standards in all categories.  Overall survey scores for Judge Deganhart were above average.  Survey comments were favorable overall, with numerous references to her fairness, professionalism, knowledge of law, patience, and clarity of her language and orders.

Judge Deganhart was appointed to District Court in July of 2011.  She is the second most experienced district court judge in the Seventh Judicial District.  Before her appointment to the bench, she served as Ouray County attorney.  Judge Deganhart regularly attends judicial conferences, serves on the statewide probate and problem-solving committees, and serves on the Community Corrections Board.