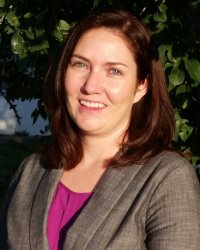 The Commission conducted a personal interview with Judge Cortez, reviewed opinions she authored, observed her in court, reviewed comments received from interested parties during the evaluation, and reviewed survey responses from attorneys and non-attorneys who had experience with Judge Cortez. Her survey scores were well above statewide averages for county judges in all categories.  In fact, her overall average (rounded) survey score was a 4.0 out of 4.0.  She did not receive below a 3.9 in any category.  In the final survey question, respondents were asked if they thought Judge Cortez met judicial performance standards: 100% of survey respondents, including both attorneys and non-attorneys, answered yes, meets performance standards.  A total of eleven persons responded to surveys expressing their opinion of Judge Cortez’s performance.

Judge Cortez was born in the San Luis Valley, raised in Conejos County, and graduated from Centauri High School in 2002.  She received her B.S. in Psychology from Colorado State University in 2006 and her J.D. from the University of Colorado at Boulder in 2009.  Following law school, Judge Cortez returned to the San Luis Valley, where she worked for Colorado Legal Services and then in private practice.  Judge Cortez began working for the courts as the Self-Represented Litigant Coordinator in 2013 and stayed in that position until she became Conejos County Court Judge in 2017.  Judge Cortez is actively involved in community service both within and outside her judicial role.  Of note in her judicial role, she serves on the 12th Judicial District Access to Justice Committee; State Plain Language Forms Steering Committee; and the Colorado Women’s Bar Association Working Group for Courthouse Breastfeeding Rooms.  Outside of her judicial role, she is actively engaged in her church and with her children’s activities, including educational advancement.