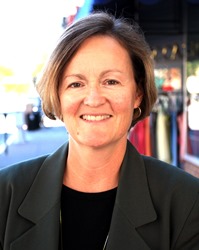 Judge Carlson presides primarily over criminal, domestic, and civil matters with some probate matters in her court.  Judge Carlson was described in many received written survey comments as being fair, having a calm demeanor, and giving the parties appearing in her court an opportunity to be heard.  Some of Judge Carlson’s perceived shortcomings, as identified in the surveys, include the timeliness and clarity of her rulings and the amount of leeway she grants some attorneys in her courtroom.  In her personal interview, Judge Carlson indicated that she was aware of her perceived shortcomings and listed the affirmative steps she has taken to address those issues.  The Commission is satisfied with the steps Judge Carlson has taken.  While Judge Carlson received an overall combined average rating in survey results from both attorneys and non-attorneys which are below the average combined rating of all district judges standing for retention this election; the Commission, in conducting its evaluation, finds Judge Carlson’s overall performance meets performance standards as a District Court Judge.

Judge Carlson was appointed to the District Court for the Sixth Judicial District in July of 2012.  Prior to her appointment, she served as a judge for the Southern Ute Indian Tribe for six years.  She also practiced at the Law Firm of Lisa Ward LLC with a focus on divorce and child custody matters.  Prior to 2005, Judge Carlson served as a Deputy State Public Defender as a criminal defense attorney for approximately 10 years.  Judge Carlson earned a bachelor’s degree from the University of Colorado 1990, and a Juris Doctorate from the University of Colorado Law School in 1994.