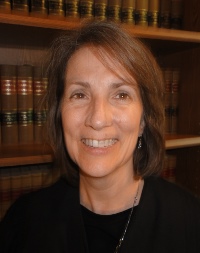 Judge Brammer has been serving as the Logan County Court Judge for more than six years, with a docket consisting primarily of traffic, misdemeanor, criminal, and civil cases.  This is a part-time position in a county with a high caseload.  While the Commission finds that Judge Brammer meets performance standards, she is not without critics.  Some have complained about her case management, specifically her system for setting jury trials.  Because speedy trial guidelines require certain cases to be heard within a designated period of time, and a large number of scheduled jury trials settle prior to trial, Judge Brammer has implemented a system where more than one trial is scheduled on a given day, with the expectation that not all of them will actually proceed to trial.  Judge Brammer has expressed that it would be impossible for her, as a part-time judge, to meet speedy trial requirements and perform her normal docket duties without double setting or triple setting jury trials. She believes her system to be the most efficient use of court time and notes that none of her critics have proposed a better solution.  Judge Brammer appears to be doing her best to effectively manage a full-time docket as a part-time judge. During the interim evaluation, there were complaints about Judge Brammer’s judicial philosophy with regard to bond setting and sentencing.  At that time, the Commission felt she articulated a rationale which was within the bounds of judicial discretion, grounded in empirical research, and driven by a genuine desire for improved long-term outcomes for the community.  Those complaints were largely absent from the more recent survey and, in fact, a number of respondents commended Judge Brammer’s leadership in the area of bond reform.  Judge Brammer has worked to engage community resources to address underlying issues which may cause individuals to interact with the court system, such as mental illness, substance abuse, and homelessness.  The Commission was impressed by Judge Brammer’s proactive efforts in this regard and believes it speaks to her commitment to the community she serves.

The Commission conducted a personal interview with Judge Brammer. It also reviewed recordings of court proceedings; written materials, including a self-evaluation and orders issued; and survey responses from 17 attorneys and 4 non-attorneys who had interaction with Judge Brammer in court.  The Commission placed limited weight on the numerical scores from non-attorney respondents, due to the small sample size.  However, overall, Judge Brammer scored highly among attorney respondents. Survey comments were mixed, with criticism primarily relating to the case management complaints identified above.

In addition to her role as Logan County Court Judge, Judge Brammer maintains her private practice as an attorney.