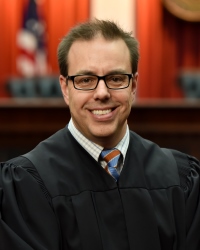 Judge Beckenhauer was appointed to the Montrose County Court in August of 2018.   Prior to his appointment Judge Beckenhauer worked as a prosecutor in the Office of the District Attorney for the Seventh Judicial District.