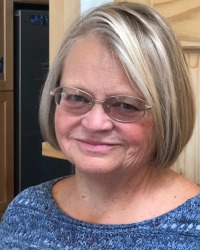 The Commission conducted a personal interview with Judge Acheson on June 9, 2020, reviewed opinions she authored, observed her in court, reviewed comments received from interested parties during the evaluation, and reviewed survey responses from attorneys and non-attorneys who had experience with Judge Acheson.  Based on the Commission’s overall evaluation, Judge Acheson has demonstrated that she meets performance standards in all categories.  Among those responding to Judge Acheson’s judicial performance survey, not a single respondent thought she failed to meet judicial standards: 100% of attorneys responded, yes, Judge Acheson meets performance standards and 100% of the non-attorneys agreed.  Her case management, communication, and fairness all received perfect scores (4), while her demeanor (3.9), application and knowledge of law (3.8) and diligence (3.7) received near perfect scores.  Her overall score (3.9) exceeds the statewide average for county court judges in Colorado (3.4).  Judge Acheson’s opinions reflect her knowledge of the law and her logical and understandable communication style.  Her written opinions reflect a logical conclusion for her ultimate decision and ruling.  While Judge Acheson has jurisdiction over the full range of cases that may occur in county court, 93% of her cases are traffic, 2% are civil, 3% are misdemeanors, 1% are criminal, and 1% are small claims.

Comments from both attorneys and non-attorneys alike were overwhelmingly positive.  Judge Acheson received high praise for her fairness, her ability to explain complex legal principles, and for her organization.  Judge Acheson appears to be very concerned with treating all participants in the courtroom with respect and dignity.  Judge Acheson continues to be involved in her community as an active member of the “Best Practices” team for dependency and neglect cases, as a mentor for young attorneys, and as a volunteer for the San Luis Valley’s Pro Bono Program. Furthermore, Judge Acheson continues to collaborate with the Access to Justice Committee in developing resources for adoption cases.  Judge Acheson sees community involvement as a critical component of her judicial role.

Judge Acheson received a bachelor's degree from the University of Colorado and a J.D. from the Indiana University Maurer School of Law.  She worked in private practice from 2004 to 2013 at her own firm, where her sole focus was child protective issues.  Before that, she served as a public defender in Colorado’s 12th Judicial District. Gov. John Hickenlooper appointed Judge Acheson to the bench on August 30, 2012. Prior to her appointment, Judge Acheson served as the Town of Creede’s Municipal Judge from 2005 to 2013.