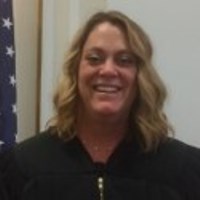 The Commission conducted a personal interview with Judge Simonet, reviewed survey results of attorneys and non-attorneys who have appeared in her courtroom, reviewed two of her written opinions, a transcript of a hearing, and her self-evaluation.  Several members of the Commission observed Judge Simonet in court or listened to recordings due to court closures during the COVID-19 pandemic.  Analysis of this data supports retention.  Those surveyed were asked: “based on your responses to the previous questions related to the performance evaluation criteria, do you think Judge Simonet meets judicial performance standards?”  Of 27 attorneys completing surveys, 92% believe Judge Simonet meets performance standards, and 8% indicated they have no opinion.  Of the 12 non-attorneys completing surveys, 100% indicated she meets performance standards.

Judge Simonet’s ranking by attorneys on categories of judicial performance (case management, application and knowledge of law, communications, diligence and demeanor) were significantly higher than average for all County court judges standing for retention in every category.  Attorney survey respondents described Judge Simonet as “efficient and professional”, “pleasant demeanor with a sense of humanity and understanding”, and “very fair to both the prosecution and defense.”  The Commission’s courtroom observation, interview and reviews of written material confirmed those survey results and the survey respondents’ positive comments. Based on its findings the Commission unanimously agreed that Judge Simonet meets judicial performance standards in all categories.

Judge Simonet was appointed to the Denver County Court in September 2017.  Prior to her appointment, Judge Simonet served as a District Court Magistrate in the 17th Judicial District.  Prior to becoming a Magistrate, she was a solo practitioner from 2004—2014, during which time she focused on criminal defense.  Prior to private practice, she was a Colorado Deputy State Public Defender in the Brighton Office.  She earned her Bachelor of Arts at San Diego State University and her Juris Doctor from Gonzaga University School of Law.  Judge Simonet serves on two Colorado supreme court committees and she volunteers as a judge of student competitions in Denver Public Schools, where she also speaks about the courts and the judicial process.