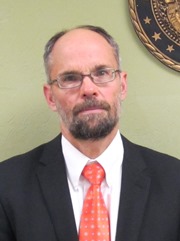 Over the past term, Judge Patrick presided over criminal, civil, domestic relations, juvenile, probate water and mental health matters.  Based on the Commission’s overall evaluation, Judge Patrick has demonstrated that he meets or exceeds performance standards in all categories.  Judge Patrick has a lengthy and positive history on the bench, and the survey reports are reflective of that fact.  Comments are overwhelmingly positive attesting to Judge Patrick’s intelligence, experience, demeanor, preparation, work ethic and fairness.  Those providing comments struggled to come up with any significant weaknesses.

The Commission observed or monitored Judge Patrick in the courtroom, reviewed opinions he authored, reviewed survey results, interviewed the District Attorney and the Public Defender, reviewed Judge Patrick’s written self-evaluation, and conducted a personal interview.  Thirty-six attorneys and one non-attorney completed surveys regarding Judge Patrick’s performance.  Ninety-seven percent of the responding attorneys agreed that Judge Patrick meets performance standards, as did the sole non-attorney.  One attorney did not express an opinion.  The surveys covered the criteria of integrity, legal knowledge, communication skills, judicial temperament, administrative performance, and service to the legal community and the public.  The criteria are graded on a scale of 0-4.  Judge Patrick’s overall score was 3.8 with the average overall score for district court judges in Colorado a 3.4.  Judge Patrick scored above average in all of the individual category scores.  Seven appellate judges have evaluated Judge Patrick, with an overall rating of 3.9

Judge Patrick was appointed to the District Court in January of 1993.  Before that, he served as Gunnison County judge, and municipal court judge for the municipalities of Gunnison, Crested Butte and Mount Crested Butte.  Judge Patrick has also worked as prosecutor in the Office of the District Attorney for the 7th Judicial District and has engaged in the private practice of law.  Judge Patrick is the longest serving district court judge in the Seventh Judicial District.  He has served as Chief Judge for 20 years.  He is and has been active in professional and community organizations, including COLTAF board, Electronic Discovery task force, Colorado Bar Association Executive Council, Boy Scouts and his church.