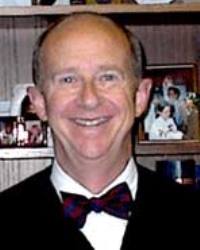 Judge Kane presides over civil and criminal matters and is described as compassionate, modest, professional, respectful and kind.  He listens and is fair with litigants and counsel.  Judge Kane’s written opinions are clear, concise and reflect a deep knowledge of the law.  He is prompt, analytical, and thoughtful in his rulings.  In the 2020 Judicial Performance Survey Report, attorneys and non-attorneys supported Judge Kane’s retention on the bench, with 89% of attorneys surveyed and 75% of the non- attorneys surveyed agreeing that Judge Kane “meets performance standards.”  A minority of those surveyed stated that Judge Kane should provide more detail in his written opinions and, at times, be more efficient with his docket. The Commission did not find that these concerns outweighed Judge Kane’s strengths and positive contribution to the Fourth Judicial District.

The Commission conducted a personal interview with Judge Kane, reviewed his self-evaluation, reviewed opinions he authored, observed him in Court, reviewed judicial performance data, reviewed comments from attorneys and non-attorneys, and reviewed judicial performance survey results from 2017 and 2020. It should be noted that a new methodology for the survey was used this year to which lower response rates may be attributed.  This methodology affected all judges across the board and is not an explanation for individual results.  Additional information was received from interviews with representatives of both the District Attorney’s office and the Public Defender’s office.

Judge Kane was appointed to the District Court in September 1994.  He graduated from the University of Colorado in 1974 and received his law degree from the University of Colorado in 1977.  Prior to his appointment, Judge Kane was a civil litigator at a private Colorado Springs law firm.  Judge Kane has volunteered as a judge for Teen Court as well as the annual high school Mock Trial Competition.  He has spoken on a variety of law-related matters to students at Pine Creek High School, Cheyenne Mountain High School, UCCS and members of the El Paso County Bar Association.  Judge Kane has served or is currently serving on the Colorado Supreme Court Civil Rules Committee, the Colorado Supreme Court Committee for Jury Instructions – Civil, and the Caseflow Planning and Coordinating Committee.